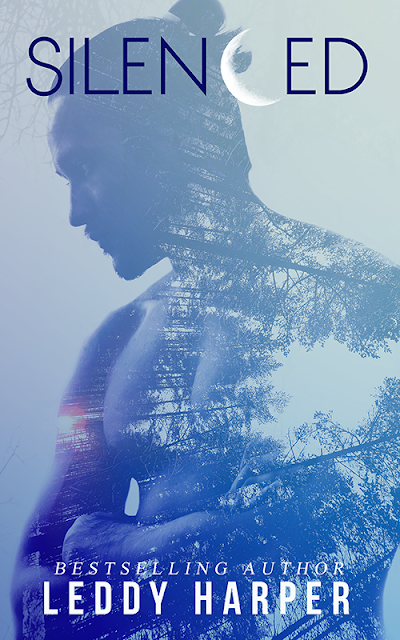 Haunted by a photographic memory, I couldn’t escape the worst night of my life.

The blood they shed.
The pain they endured.
The evil that still walked free.
It was all I saw. Those memories, my childhood—the images.
Silenced and scarred.
But nothing lasts forever.
Torment turned to blinding rage. Hate sought revenge, which pursued death.
Then there was life.
The moon.
Rylee Anderson.
I had to choose..
Add it to your TBR: http://bit.ly/2kC6kfZ

Sweat dripped down the side of my face, collecting in the collar of my shirt. The heat was almost unbearable, but I didn’t want to be inside. Mom was away for work again—this time for a full week—and Dad was stuck in front of the television set watching another football game. I hated it when Mom was gone, because my dad didn’t really know how to handle me. He had no problem bonding with my brother, but where I was concerned, he acted completely clueless. So Sundays became the day I’d take a book and sit in the back yard beneath a tree.
I brought my water bottle to my lips when something caught my attention near the privacy fence, separating the houses in the neighborhood and the wooded area behind it. It ran up the side yard, offering us seclusion to the house next door. The young woman who lived there often had guests over, which made my parents uneasy. But now, someone was in her back yard, climbing her
fence. No…not just someone.  A boy.
His stick-straight hair, the color of sand, hung to the middle of his ears. But I couldn’t see his face. He had his back to me as he climbed, just before jumping over to the side filled with trees. His black T-shirt was a blur. He was there one second and gone the next. I stared at the barrier, wondering if I could climb over and follow him. I knew everyone in the neighborhood, but I’d never seen him before. I glanced over my shoulder and waited a moment, just to make sure my dad or my brother weren’t on their way out. When I noticed no movement beyond the sliding glass door, I jumped up and ran as fast as I could. Without second guessing it, I began to scale the tall slats of the wood.
Once I made it to the top, I looked down and realized it was much higher on the other side. I’d never been in the wooded area before, and for a second, I contemplated just going back to my yard. I thought about my book I’d left beneath the tree and my father who might’ve gone looking for me. But then I remembered the boy—and I so desperately wanted to find out where he came
from. Curiosity got the best of me. I swung my leg over and, with the pace of a sloth, I used the wood between the slats to lower myself to the ground. Standing on my feet again, I searched through the trees, hoping to spot the boy with blond hair and a black shirt.  But he was nowhere.
I carefully walked farther into the trees on the soft dirt, keeping as quiet as possible. I didn’t want to venture too far, because I worried I wouldn’t be able to make it back to my house. From this side, I couldn’t tell which house was which. So I made sure not to deviate too far from behind my back yard.
It felt like an hour, but realistically, it was probably closer to five minutes before I decided to give up. I thought it might’ve been better to have just waited until he came back. I turned around, ready to head home, when I spotted him. Or…he spotted me.
Continue Reading: http://www.leddyharper.com/single-post/2016/12/28/Exclusive-Excerpt-for-Silenced

COVER REVEAL — The Catch By K.Bromberg

We are very excited to bring you the highly anticipated cover for THE CATCH by New York Times Bestselling author K. Bromberg releasing on JUNE 29th!   SYNOPSIS After an unexpected twist of fate, All-Star catcher Easton Wylder is left …READ MORE

The Cursed By Rebecca Donovan

Title: The Cursed, Parts 1 & 2 (If I’d Known/Knowing You) Series: The Cursed Series Author: Rebecca Donovan Genre: YA Suspense Release Date: March 26, 2019 Cover Designer: Regina Wamba ••• “Trust no one. Everyone lies. You can only save …READ MORE

? ? ? ? ? ? CONFESS. It’s what he said to me across his altar, what he demanded so that I would be pure. In the moment he blessed me with his virtue, I was no longer the woman …READ MORE

RELEASE BLITZ — Made to Love By S.M. West

Title: Made to Love Author: S.M. West Genre: Contemporary Romance Release Date: May 5, 2017   Blurb Burned by love once before, divorcee Olivia Cassidy isn’t looking for a recipe for “happily ever after”. The ...READ MORE