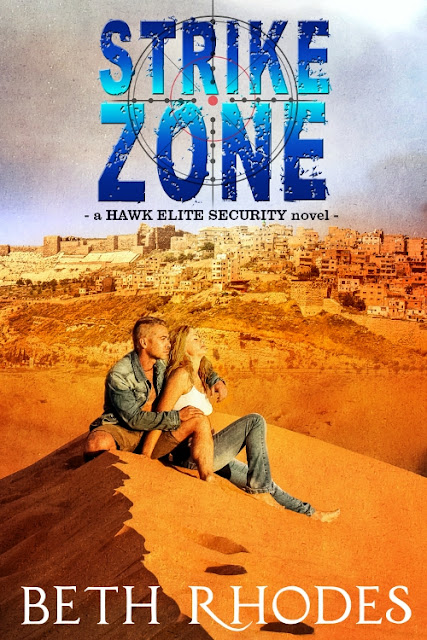 Sharpshooter, Emily Rogers, was the best at what she did, until a job went tragically wrong resulting in the death of an innocent child. Haunted by guilt and harassed by the media, Emily turns her back on the only existence she’s known, hiding herself away and trying to build a new life.

When a job comes up requiring a sharpshooter, Hawk Elite medic, John Vega, has the perfect excuse to hunt down the woman he’s had a crush on for over two years. When he finally finds her living a quiet life in a small town on the coast, he makes her an offer she can’t refuse.

Aware she needs closure, Emily agrees to work with John, but soon it becomes obvious she has a target on her back. Can she trust John enough to stay and give in to the attraction growing between them? Or will fate show her that she should have stayed hidden in her quiet coastal town?

After a restless night, John woke early. She’d slept at his back, unmoving, all night. But her presence there, the warmth of her body and the sound of her soft breathing, might as well have been the five alarms to the fire that had sprung to life in his blood—loud, screaming, and made to put a man into action.

He sighed as he opened his laptop and sent an email to Hawk.

No updates yet. No evidence left behind of who the shooter might have been.

Team news was slow as well. Jamie had left for Belize. Marcus traded in his truck for a jeep. Tyler had gone back to work this week, and things seemed to be going well for him and Jenny. Hawk maintained he would keep their whereabouts to himself until he was sure. There had been some inconsistencies from the Press. Two who spoke to Hawk claimed an informant.

John frowned. He couldn’t think of a single person from his team who would spill the beans. They were family. They argued sometimes. But never…

“No.” He shut his laptop and checked his watch. Time to catch a plane.

“I still think we should go back to Harbor View.” Emily sat, watching him, her brows furrowed, her legs folded in front of her and wrapped in her arms. “We’d have Eddie. It’s safe there.”

Heat rose on his neck at the sight of her, sitting there, looking so very darn tempting, so very not his to touch. His MO was to avoid close encounters—with women in general. The rules of waiting had been pounded into his brain too long for him to merely disregard them. He went on dates, just fine. He liked the company of the softer sex, like the talking and the thought that went into it, especially after hours and sometimes days of being around the male variety.

Emily was as far from the softer sex as he’d ever come across. Even the other women at Hawk Elite—the few—had a soft edge and ways of doing things that was apparently female. This women had steel in her spine. She was sharper, harder even than some of the guys. Malcolm.

So to see her sitting there, looking so…pretty, so very mellow and delicate, even a little uncertain forced him to see vulnerability, no matter how sexist that was.

“Hello?” Emily tilted her head and unintentionally bared her shoulder when the collar of her shirt shifted.

He rolled his eyes and stood. “We have to go if we’re going to catch our flight.”

She rose, wearing only a very short pair of shorts. He quickly turned to give her privacy. “I’m going to throw my bag in the truck and check out. Get dressed.”

“Okay, Father John,” she said, a laugh in her tone.

He never let that nickname bother him before. This time it stopped him, and he turned back and saw the laughter in her eyes, yet it wasn’t condescending or even cruel. And then she winked. He took her in with his eyes, her messed up air and rumpled clothes, and bit back a serious moan. When his gaze met hers again, her eyes were wide as if she was surprised…

He let her see, because it was one thing when the guys ribbed him about being a priest, but when she said those words, it turned into something completely unholy.

“Right,” she squeaked and hurried to the bathroom. “I’ll get ready to go.”

He slammed the door when he went out, thankful when the cold air hit his skin and cooled the heat within. He sent up a silent plea of mercy and wasn’t surprised when only the whisper of the wind was his answer. Some things didn’t need words. 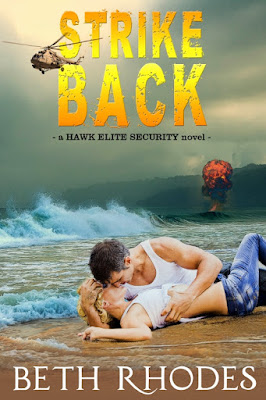 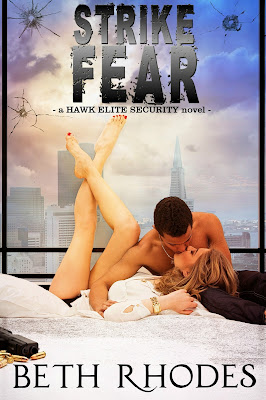 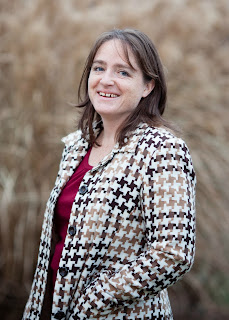 Beth Rhodes grew up thinking she was going to travel the world and be a missionary, helping the poor. She would travel to exciting places…like Russia and Australia. She was going to wear a canvas backpack and take a wooden raft down a river through the jungle. She never had any plans for romance or getting married, either. But after a few years of college, studying English Literature, she married her own real-life hero, who patiently puts up with her absentmindedness and creativity… And the only poor babies she helps now are her own six children.

She learned that life doesn’t always go the way she plans, except for one thing, BOOKS.

At a young age, she read Trixie Belden and Nancy Drew then worked her way through series by Brock and Bodie Thoene and Gilbert Morris. And finally, she broke into romance with Susan Elizabeth Phillips and Nobody’s Baby But Mine. Her one constant, besides God, has always been books. So it was no surprise when she started writing them…

Beth writes in order to share a little love and lots of hope with a hurting world.

PLEASE NOTE: LINKS ARE UPDATED AS BOOKS BECOME AVAILABLE!! Eve1972Hi there! I’m a mom and wife by day (and night), aspiring writer (in my dreams), and an avid reader (every day of the week). This is my little corner of …READ MORE