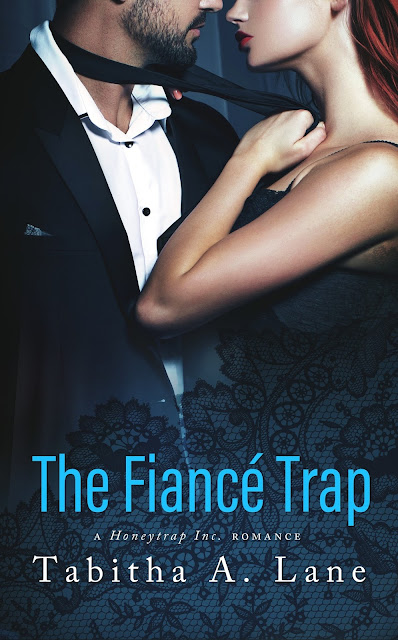 Seduction’s her job, not her passion. Until now…
Rule 1: No personal relationship with the client:
Rule 2: No honeytrapping anyone you know.
Rule 3: No sex with the target.
When investigator Ally Moore’s boss asks her for a favor, she can’t say no – even if honeytrapping her boss’s almost fiancé sounds like a terrible idea.
She’ll find him, flirt, leave, and write a report. A couple of days, max.
But when the target turns out to be her one night, no names, never forgotten fling, gorgeous single dad Jace Carter – who has no intention of letting her vanish from his life like she did that crazy moonlit night – is there any way she can resist him?
A steamy, romantic standalone story of love, lust and second chances!

She gave every indication of being desperate to get away—behavior that would have set any suspicious man’s internal radar shrieking. But this time she wasn’t escaping.

He tamped down the urge to take her elbow as they walked from the diner, and instead followed at a distance, not wanting to exacerbate the tension sparking in the air between them.

She looked different today. Hotter. Tight jeans. Goth T-shirt. Red lipstick. He tried not to check out her ass, but it was darned near impossible to resist.

Her hair bounced when she swung around. “Are you following me everywhere?”

“No, we’re going somewhere to talk.”

It was difficult not to be distracted by the challenge flashing in her eyes. She stopped on the sidewalk, hands on hips, chin tilted up as their gazes locked. “I don’t want to talk to you.”

What the hell is her problem? He’d given her no reason to behave as she was—as though he was dirt under her shoe she was determined to wipe off at her earliest convenience.

Jace breathed deep. Honey, not vinegar.
“I need to talk to you.”

He stepped close, close enough to see the little flecks of gold that accentuated the green in her eyes. Close enough to breathe in the scent of her that he’d never forgotten, even after all these months.

She looked away. “We’ve talked about everything we needed to. Your son is home…” She shrugged. “We don’t have anything else to talk about.”

He took her elbow. “Five minutes. In my car.” He jerked his head to the car nearby.

“I’m in a relationship.”

The way she said it: defensive and dismissive, as though he was chasing her and his attention was unwanted, made him bristle. “I’m not trying to date you.”

“Or screw you either, for that matter.” Although now the thought was in his mind, he couldn’t help but imagine stroking his hands over her soft skin, tasting her mouth to see if that magical night they shared had been a one-off—or if he was looking back with rose-tinted goggles at remembered perfection.

Her gaze dipped to his mouth. Heat blazed through him, for she was feeling it too. Thinking the same thoughts he was, feeling the same pull.

He took her elbow and walked her to his car. Opened the door for her, then walked around the car to the driver’s seat.

Once safe from prying eyes, he turned to her. “You’re not in a relationship.” God knows how he knew, but the look she flashed him revealed the truth.

“I don’t want to get involved with you.” She crossed her arms. “You and I had our fun, and it was a long time ago. I don’t have any plan to repeat my mistakes.”

“It wasn’t a mistake.” He reached over and touched her cheek.

Tabitha A Lane writes steamy romance. Her first two books, published in 2015, were Hazzard Blue and Trade – the very different stories of two best friends and the men who turned their worlds upside down. In 2017, she’ll release the first of three planned standalone books based around an investigation agency – where secrets and lies, lust and love play a major role.Tabitha loves the freedom of writing hot stories, without scandalizing her family. She also writes contemporary romance under another name. She loves reading a wide variety of authors: Her favorites include Lee Child, Zara Cox, Kitty French and Tess Gerritsen. The Fiance Trap is the first book in her Honeytrap Inc. series, which are all standalone hot romances featuring operatives working for a Seattle-based Honeytrapping Agency. There are two more books in the series planned – and you don’t have to read them in order.

Make Me Yours By Tia Louise

~SYNOPSIS~ He’s a billionaire single dad who needs help. She’s a sassy single gal who needs work. Live-in nanny? What could go wrong? Remington Key: I left the Navy, scored a billion in tech, got married, and had …READ MORE

Title: Fatal Harmony Series: The Vein Chronicles #1 Author: Anne Malcom Genre: Paranormal Romance Release Date: January 31, 2017     Blurb I may be the villain of the story, but at least I get a leading role. Evil is …READ MORE

RELEASE BLITZ — That Man Next Door By Nadia Lee

Coming July 28th   SYNOPSIS Black Rousseau has honored the code and kept his distance from the one thing in this world that means something to him. But things are about to change.   Black’s just ...READ MORE