Title: The Lawyer and the Tramp
A Chicago Syndicate Series Novel
Author: Soraya Naomi
Genre: Contemporary Romance/Romantic Suspense
Release Date: October 3, 2017
~BLURB~
The Lawyer
Carmine Montesi is a killer disguised as a refined lawyer.
He’s a loyal member of the notorious mafia – the Chicago Syndicate – and the boss just happens to be his brother.
He has wealth, influence, and sinful looks and is rejected by no woman.
Until the moment feisty Eva ruins his New Year’s Eve, when one heated encounter starts an illicit underworld game, placing them on opposite sides.The Tramp
Eva Conley is an escort.
She’s working to make the money she desperately needs to pay an outstanding debt. That is, until he gets her fired.

He’s an ass.
She’s the enemy.
They hate each other from the first time they meet.

Carmine’s only supposed to be her assignment.
And Eva’s the one woman he isn’t allowed to fall for.
Because neither of them can sleep with the enemy and make it out alive…

A standalone novel from the Chicago Syndicate world. 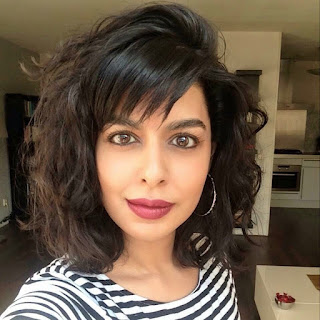 Apart from indulging in chocolate pastries much too often, Soraya Naomi is also an avid reader. She has a passionate obsession with the written word and reads many genres but favors intense, seductive, and provocative novels where the male character loves fiercely, without remorse or boundaries. She adores Dark Romances, Romantic Suspense, Historical Romances, New Adult, and PNR.

Title: Deadly Omissions Series: The Deceptive Lovers Series Author: Lauren Reign Genre: Romantic Suspense Release Date: December 9, 2016 Harper Sloan is a warrior. She’s survived the childhood from hell and clawed her way out on her own. But …READ MORE

AMAZON     Is it possible to fall in love at the sight of a wisp of jet black hair swirling out an open window of a pickup? In a thousand lifetimes, I would have said, ‘Hell no’. But today …READ MORE