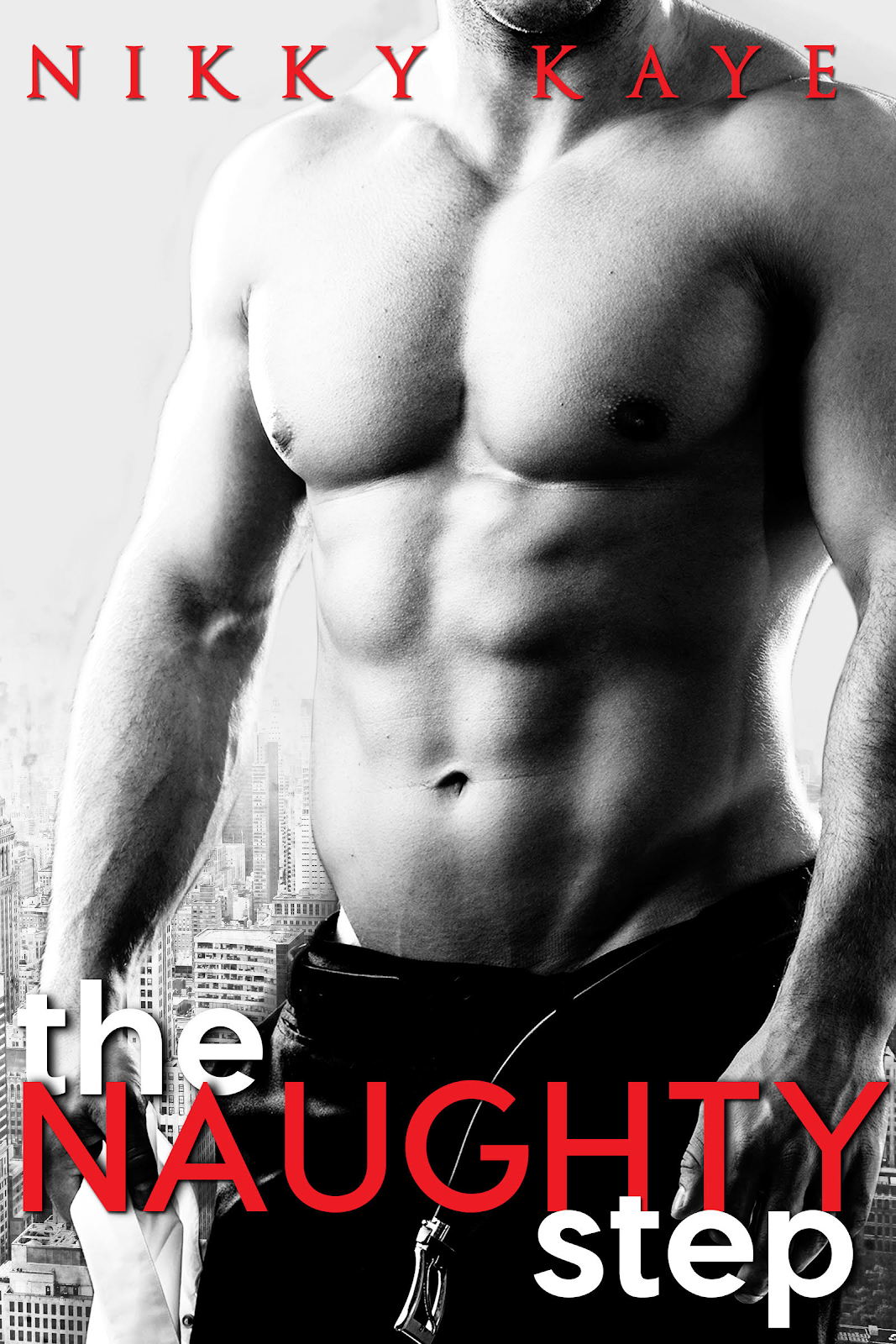 I didn’t bargain on a roommate, especially not my alluring, naïve little stepsister. She wants to get to know me better, but what she’ll discover could send her screaming in the other direction—or screaming underneath me.

Summer in New York is hot enough without her panties melting, too. I warned her that curiosity killed the cat, but then she reminded me of the rest of that saying—satisfaction brought it back.

“Whoa, is this a Murphy bed? That’s so cool!” She reached for the handle and pulled the wardrobe sized casing down.

Fuck! “No, don’t—” I jumped to my feet.
She blinked at the narrow black leather mattress and the array of riding crops, restraints and floggers swinging in the recessed space around it.
“Oh.”
My body burned with a paralyzing combination of irritation and white-hot arousal at the sight of her fondling the dusky leather blooms of my favorite rose flogger. I had to give her credit, though. No matter how red-faced she was, she still turned and looked me in the eye.
“Mr. Grey?” She lifted an eyebrow.
“You’re hilarious.” I shoved her aside to swiftly close up the play area.
The awkward silence that followed rivaled the one between my father and I after my mother had left—and that one had lasted two years. It wasn’t until she followed me out to the living room that I realized she’d retained the rose flogger.
My gaze followed it as she swished it against her thighs. “Nathan, what—”
I held up my hand, and her mouth snapped shut. Good girl. Silently, I turned over my palm and extended my arm for her to give me the flogger.
Zoe shook her head and pressed her lips together, lazily swirling the toy around in an unpracticed figure eight. Likely she didn’t even realize what she was doing, but my body tautened nonetheless. In the thin pajama pants I wore, my problem would become obvious soon.
“You know, something I didn’t understand about that book, movie, whatever…”
I sighed. Clearly she wasn’t about to relinquish it without a debate. I needed to regain the upper hand—literally.
“What did you not get, Zoe?”
Holding the base of the toy in one hand, she wrapped her other hand around the falls and twisted them experimentally. Then she plucked one rose out and held it up. “First, how did that girl manage to graduate from college without having a laptop? Seriously. That’s totally unrealistic.”
I perched on the back of the couch, bemused by the beginning of her rant. This should be interesting.
She added another leather rose to her impromptu bouquet. “Second, did she spend all her money on fancy underwear? In the movies, she’s always taking it off. I did a drinking game while watching it with friends—every time she takes her panties off, we had to drink.”
“And…?”
“And we got wasted.” Her eyes rolled back.
A laugh escaped me. Little sis was adorably naïve. “You’re absolutely right,” I concurred. “What’s the point of wearing it at all?”
She pointed the flogger at me. “Exactly! And how did she not get a UTI from all that sexing? And please, he’s a billionaire?” She snorted. “He’s not even thirty!”
I snatched the toy out of her hand, making her jump. “Zoe, I’m a billionaire, and I’m only thirty-two.”
Her lips parted in surprise. “Really?” she squeaked. She shook her hand, her palm probably burning from the swift way I pulled the leather across her palm.
Oh, little girl. There is so much that I would love to teach you.
I was very aware of her gaze flitting from my face to the flogger swinging from my hand. More and more she was focusing on the latter. Interesting… It got even more so once she included the bulge in my pajama pants in her visual rotation.
I shrugged. “Well, on paper, and if you take the all commercial deals I’ve done into consideration. I’ve definitely moved more than a billion dollars worth of property.”
She blushed, her diatribe apparently at an end. “I’m sorry I, uh, intruded on your privacy. That—” She pointed to the toy. “—is none of my business.”
I hummed, holding out the flogger like a lure. “But you’re curious, aren’t you?” I beckoned her with the toy, the rosebud falls swaying and tickling my forearm. I loved holding it, reveled in swinging it.
“Maybe,” she whispered, reaching out to touch the velvety leather braids. Her eyes were wide, darkening from sky blue to a starry night.
Using the flogger, I reeled her in closer to me. She stumbled, falling between my spread legs. From my perched position on the couch, we were nearly eye level with one another. She was so close I could smell my shampoo in her still damp hair.
“Curiosity killed the cat,” I murmured in warning.
She licked her lips as I idly wound the supple leather around her wrist. “Did you know there’s a second part to that?” she asked.
I tilted my head at her, tightening the bonds around her wrist until she sucked in a shocked breath. “Really? Curiosity killed the cat…”
“But satisfaction brought it back.”
Yeah, I was in trouble. 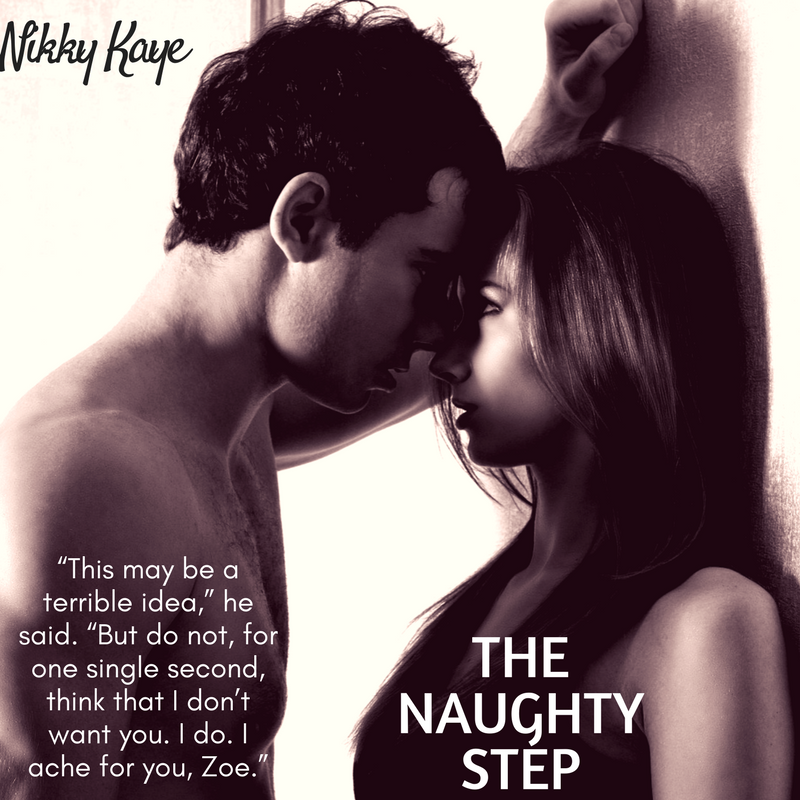 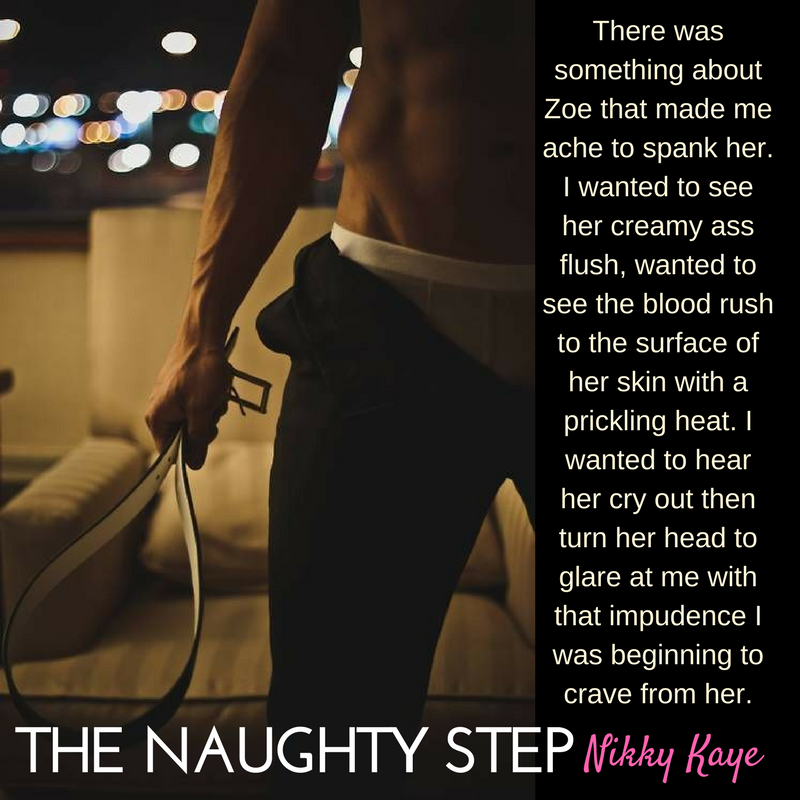 Nikky Kaye is almost my real name. I’m a former Film professor who likes more than her movies to be black and white. Sadly, the world doesn’t work that way. I have worked with movie stars, Ivy League brainiacs, and the United Nations—all of which means that I’m familiar with ass-kissing, power struggles, greed and faking it. In my spare time I parent 5 year-old twin boys, serve on the board of an independent cinema, and run a medical consulting company.
Twitter  Facebook  Web  Goodreads  Amazon

*** Smart and sexy Elise Donovan has made a career of fixing things. With a reputation for being the best in the business, her team is often pulled into front page headlines that need to be handled. After being away …READ MORE

~SYNOPSIS~ He knows if she’s been bad or good. Amidst the sugarplums and mistletoe, fashion stylist Julia Bennett is every inch a scrooge. Known for her ice-queen ways, she’s having a meltdown over a botched business deal and an …READ MORE

The Glue By K Webster Publication Date: September 5, 2018 Genres: Taboo Treat     ~SYNOPSIS~ I’m a fixer. A lover. Always searching for the right fit. And I come up empty every time. ...READ MORE

She changed everything. And demanded it all. Kaznachei’s Pain by V.F. Mason is releasing on October 4th!     ADD TO YOUR TBR: http://bit.ly/Kaznachei   ~SYNOPSIS~ Kaznachei A long time ago, life was nothing ...READ MORE