Trained by the Arcane Society to fulfill her legacy as an Arcane Hunter, Anya Carlisle knows nothing but the loneliness that comes with being a hunter. One evening, in a place she never should’ve been, throws Anya into the heated snare of Dex Grigori. She should’ve seen him as the enemy, but instead her body longs for his touch in ways she’s never experienced.
From the first moment Dex sets eyes on Anya, he wants her all for himself. After one night of forbidden passion he’s left craving more of her, until he discovers how wrong for him she is. She’s a deadly hunter that kills without question and he’s exactly the kind of demon she’s been trained to eliminate. Yet his fierce desire to have her brings him dangerously close to her heart, where he soon discovers she is far more than the cold killer he anticipated. 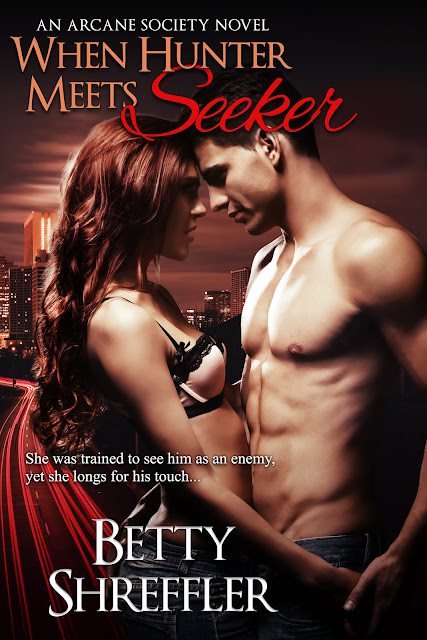 “I highly recommend this book to anyone who loves an outstanding paranormal read, and let’s not leave out all steamy loves scenes!” ~5 Star Goodreads Review by Jessica

“A paranormal fantasy romance at its best, . . . this is an amazing story!” ~Socially Book Nerd
“I am completely blown away but the fiction world the Betty is able to create, over and over again. When Hunter Meets Seeker is no exception.” ~5 Star Goodreads Review by Melissa 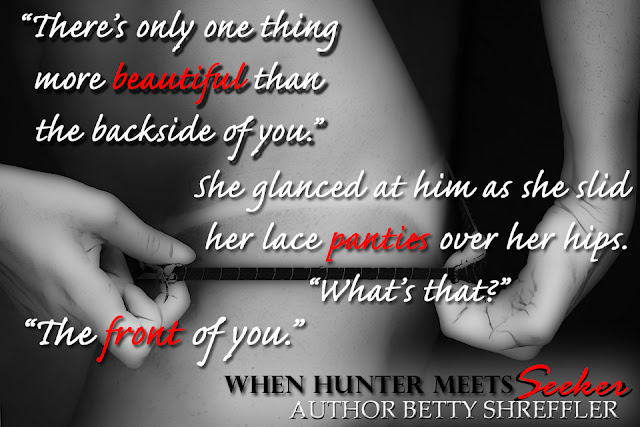 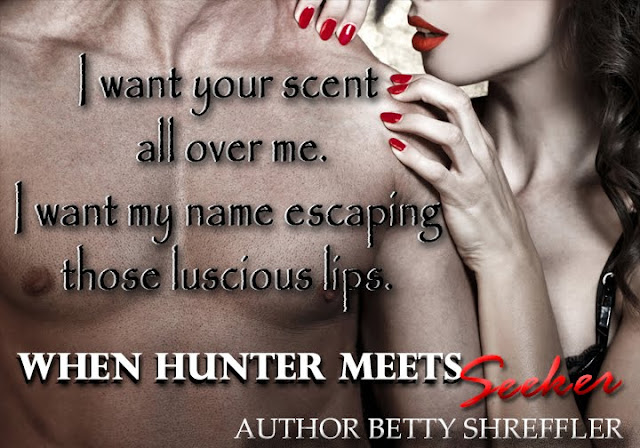 Betty Shreffler is a self-proclaimed nerd and nature enthusiast obsessed with folklore, photography, writing, reading, movies, board games, hiking, gardening and spending time with her husband and five fur babies. Not necessarily in that exact order though. During her outdoor adventures she’s been face to face with an alligator, a bear and a coyote, making for some of the most memorable experiences of her life. She loves to capture and share the world’s beauty through the lens of her beloved Nikon camera. Her work experience has been diverse from working as a Ranger for the National Park Service to management positions in Fortune 500 companies. She’s lived in four different states and moved homes twelve times. She received a BA in organizational management and minor in sociology, although her heart has always belonged to writing and photography. Growing up, she read romance or supernatural novels and jotted down poems and short stories to express her emotions and alleviate the characters’ voices in her head. Not much has changed, only now her stories are lengthier and her characters more interesting.

Today we are celebrating the cover reveal of LEI’D WITH CUPCAKES by Bethany Lopez. This book is a romantic comedy/suspense title that will be released March 27th. Check out the cover, blurb, and excerpt below. ...READ MORE