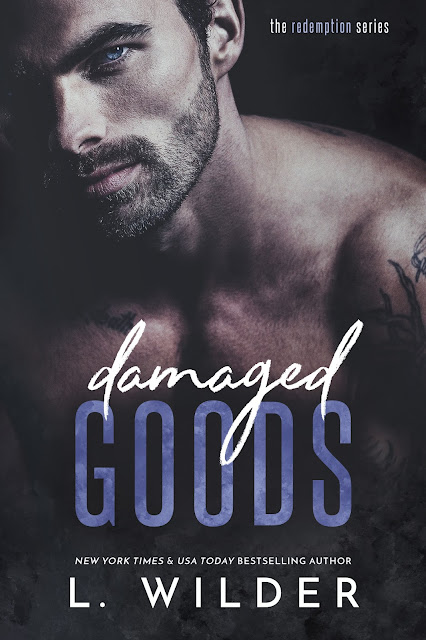 Nitro-
With one look, she became my obsession.
There’s nothing I wouldn’t do to have her, even if that meant risking everything I’d worked so hard to build. I put it all on the line and did what had to be done – for her.
I’m determined to have her in every way. But it’s not that easy. Like me, she’s damaged through and through, scarred by a past that haunts her very existence. She resists me, rebelling at every turn, but I can’t let her go. She doesn’t realize she holds the key to my salvation. She’s the only one who can calm the beast that rages within me.
Tristen-
Nathan James is every girl’s fantasy—rich, powerful, and devilishly handsome. I should be happy that he came to my rescue, saving me from my worst nightmare, but I’ve just exchanged one hell for another. He was the highest bidder, and now he thinks he owns me. He gave me my freedom. He gave me a second chance that I thought was stolen from me. He’s given me everything, except the one thing I truly want—his heart.

Will their love heal the wounds of their past, or will they both remain damaged goods? 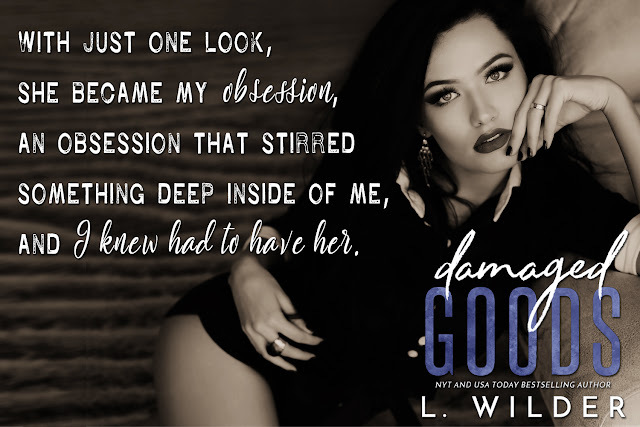 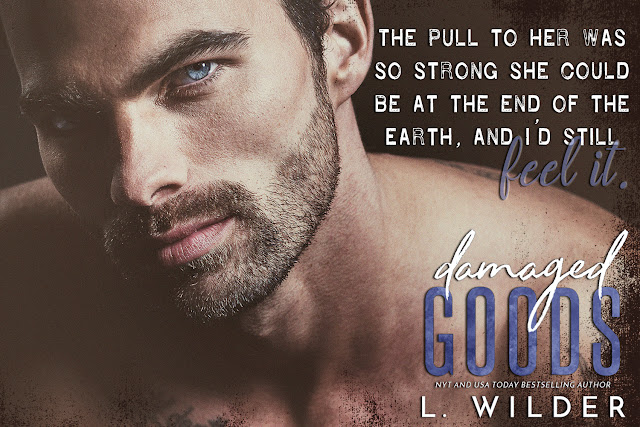 Leslie Wilder grew up in a small town in West Tennessee. A country girl at heart, she’s always thought that life is too short, but she had no idea how short it really was until her brother passed away in 2014. She’s always been an avid reader, loving the escape only a great book can give, and wondered if she had what it took to write one of the wild romances she’d come to adore. With the support of her family and friends, she published Inferno: A Devil Chaser’s MC, one year after her brother’s death. With him in mind, she fulfilled her lifetime dream of writing. Since then, she’s completed the Devil Chaser’s Series and continued on with the Satan’s Fury MC Series. She has so many stories in her head, and can’t wait to share each and every one.
Leslie has been blown away by the support of her readers, appreciating every message, review, and encouraging word she’s received over the past year. She looks forward to continuing this journey with them for years to come.

I am a little in love with this cover. A super hot guy that is a good representation of the hero. Fabulous composition. Interesting typography. It’s just a really great cover.

I enjoyed this one for the most part. It had a couple of issues that kept it from being rated higher, but overall it was a satisfying read.

I found it to be well written and fairly well paced. There were a few times I felt it got bogged down with mundane details, and my interest would wane. But then something would happen, and I would find myself invested in the story again. There isn’t any OW/OM drama but there is a (HIGHLIGHT TO SEE SPOILER) a dead ex and child and that plays a significant role in the book. Enough that people who are bothered by that scenario will have issues with this one. It’s also very insta-lust. There were some interesting secondary characters that I look forward to reading more about (Max especially.) Both main characters were likable, but I did struggle to feel a connection between them at times. Lastly, it was all wrapped up in a cute little epilogue.

So my issues, I very much felt like I was dropped into the middle of an ongoing story at the beginning of this one. This CAN be read as a standalone, but I assume(?) that Tristen’s kidnapping and plans for rescue are part of the Satan’s Fury series? Obviously, I can’t be sure having not read that series, but like I said the beginning of this one felt very much like a story that had already started. Secondly, I had a bit of trouble connecting with these two as a couple. Maybe it was because Nitro was still so hung up on getting revenge. I often felt like Tristen just accepted whatever scraps he threw her way. It also felt like they didn’t spend a lot of time together. It felt like she spent more time with Max and had more conversations with him than she did Nitro.

In any case, a bit of a mixed bag, but like I said overall I enjoyed it. So one thumb and one pinkie finger up from yours truly.

~SYNOPSIS~ A man born to protect After a major loss, Brody Carter found a home with the London office of McKay-Taggart. A former soldier, he believes his job is to take the bullets and follow orders. He’s happy to …READ MORE

Title: THE HITCHHIKER Author: Charlie Lee   SYNOPSIS “You can run, but can you hide?”   Life was perfect.   I was on top of the world winning one case after the other leaving no survivors in the wake of …READ MORE

A brand-new version of The USA Today Bestselling Needing Moore Series by Julie A. Richman is going to be available containing never seen before NEW FEATURES. To celebrate the relaunch of this top-rated series, the ...READ MORE