THIS BOOK INCLUDED THE FOLLOWING TROPES (SCENARIOS) I USUALLY AVOID~ (don’t click if you don’t want the book spoiled!!)

[spoiler title=’SPOILER’ style=’purple’ collapse_link=’true’]Cheating (although for me this was a bit of a grey area as the hero and heroine weren’t officially a couple and hadn’t slept together. They basically snuck around and made out, but both had feelings for the other. Sibling Sharing (the hero has sex with the heroine’s sister). [/spoiler]

Ok, so first off I wasn’t going to touch this book after I found out what is contained, but I spoke with someone who convinced me to give it a go, and I have to admit that I ended up enjoying it quite a lot. There were a lot of things that happened and the author handled them in such a way that I felt confident in this couple’s HEA.

I am going to spoiler tag the rest of this review so that I can talk about what worked for me without spoiling it for other reviewers. So enter at your own risk… 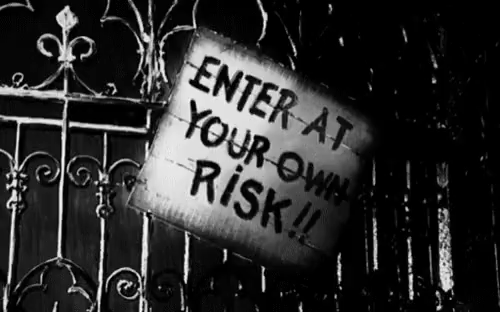 [spoiler title=’SPOILER’ style=’purple’ collapse_link=’true’]First the cheating, yes the hero had sex ONCE in the backroom of a bar with the heroine’s sister. He was extremely drunk and twenty-two years later still doesn’t remember all the details. The heroine’s sister purposely chooses a time that the hero was almost blackout drunk and at a very low point due to some things that had happened to him earlier to seduce him. She did it out of spite and jealousy, not because SHE wanted the hero, she had ZERO interest in him, but the man she loved was trying to get with the heroine, and she was getting back at the heroine because she knew she had feelings for the hero. Here is the only one scene in the book containing details of the cheating and this is it… “I’m slammed in the chest with the vision of Lauren sidling up to me and seducing me. Her mouth near mine, telling me Lily won’t mind. She was a woman, and Lily was a child. I remember fighting her off, but later, I’m in a back room with her. I remember whimpering Lily’s name as I did what I shouldn’t have done, and all the while Lauren encourages me to take what I need. “That’s right. Think of Lily.” Her slurred voice rattles through my head like ice cubes in an empty glass.” The hero doesn’t tell the heroine right away, in fact, the sister tells her first and the heroine ends all communication with both the hero and her sister for those twenty-two years. In those twenty-two years, she does move on with OM and lives her life. She wasn’t even aware of the hero’s son for 15 years until he one day showed up in her bakery. So as you can see the sister ends up pregnant from the encounter and drops the baby off on the hero’s doorstep never to be heard from again (more about this in a second) The hero who gets a test to determine that he is, in fact, the father (he is), so he raises the baby as a single father. The sister is never seen from again, but she is heard from briefly when she wants to see the son because she is dying. She, in fact, dies before anyone goes and sees her. Now, going back to what I said at the beginning, the author did a fantastic job of redeeming the hero. He was sorry. Extremely sorry. He fucked up, and he took FULL responsibility for it. He never made a single excuse even though he could have. The heroine wasn’t painted as a doormat. She moved on with her life, and she LIVED. Was she heartbroken? Of course. Did she still love the hero? Well, it IS a romance book (LOL). I ended up really liking him. He occasionally had some “shit for brains” moments, but overall I thought the cheating was handled in a way that was believable. Add in the twenty-two-year separation, and that made it even more realistic. Life isn’t always rainbows and unicorns, and people make mistakes. The heroine had to forgive to move on with her life, so I did as well. On top of that, the fact that the sister was a nonentity really helped with me getting over the cheating. Also, the fact that she wasn’t interested in the hero apart from using him, helped as well. This wasn’t an act of passion, but deception and aimed to do the most damage to her sister. It honestly was just a perfect storm of things that should have turned me off, being written in a way that just WORKED. I also thought the ending was pretty much the perfect bow to wrap the entire story up with. [[/spoiler]

So there ya go. Maybe hell has officially frozen over…I don’t know. But I enjoyed this one a lot, so kudos to you author for that.

Oliver by FG Adams releases on APRIL 6th! Keep reading for an excerpt now! PREORDER NOW ON iBOOKS FOR ONLY 99c! http://apple.co/2mitlrS     SYNOPSIS Soulmates destined to collide. Six years after surviving a tragic loss, a photograph of a …READ MORE

Are you ready for a sweet small town romance with feels?! A Perfect Fit by Zoe Lee IS NOW LIVE!     Amazon → http://amzn.to/2BgRBQ4 FREE with #KindleUnlimited   ~SYNOPSIS~ Two big hearts, one ...READ MORE

COVER REVEAL — Indelible: Beneath His Ink by Inger Iversen