She’s gonna take you for a ride! 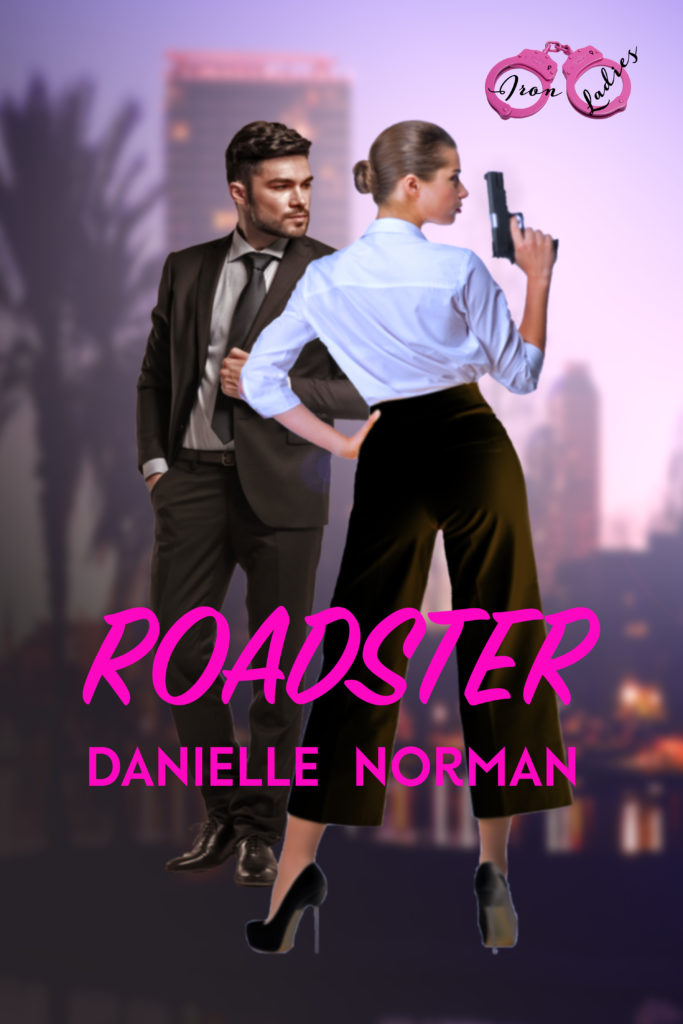 READ IT #FREE IN KINDLE UNLIMITED!!!

~SYNOPSIS~
“Here, take this, you need it.”
Those words used to mean something different to Adeline Morgan.
Once upon a time, they preceded her next high.
Now they had a deeper meaning, they were the sacred code of a whisper network of women.
Women who’d been helped by The Iron Ladies.

The wives of controlling husbands.
The partners of cheating men.
The lovers of playboys leading secret lives.
As an Iron Lady, Adeline helped them all. And she loved every minute of it.

And with each case, Adeline grew jaded.
Every man had the potential to break hearts and destroy lives.
Until she met the one determined to prove her wrong.
He didn’t want to break her heart…he wanted to steal it.

~WRITING – PLOT – PACE~
I am going to be honest here…I struggled with this book A LOT. I just couldn’t stand the heroine (more about that in the heroine section). I also felt the romance was really underdeveloped and took a huge backseat to the “catching the a$$hole husband” plot. That said, if I set those issues aside, I did enjoy the book as more of a “fun-girl power-mystery” type of thing. It was well written. It was well paced. The plot in regard to the Iron Ladies, and what they do was set up well for an ongoing series. It was humorous. Last, it was all wrapped up in a sweet three years later epilogue.

~HERO~
RILEY…I don’t really have much to say about Riley. I think his character development suffered because of the lack of romance in the book. He seemed like a decent guy (apart from the beginning). Loved his sister. Was sweet with Adeline. He was just a little one-dimensional, and his character got lost in the background of the main storyline.

~HEROINE~
ADELINE…What can I say? I just didn’t like Adeline. The way she treated Riley at the end, was grade A bitch. She was also too brass. Too over the top. Too in your face. Too alpha. Quite simply…just too much. I prefer that my heroes have the bigger balls. On top of all that, I am fairly sure she was older than Riley as well(?), which as you know if you follow my reviews is a trope I REALLY do not like. That said, she wasn’t completely bad. She was a good friend…so there is that. (lol).

~SECONDARY CHARACTERS~
There was a lot of great secondary characters in this one. As much as I didn’t warm up to Adeline, I am still very curious about the other Iron Ladies. I also liked Riley’s sister, and CoCo cracked me up.

~HEAT LEVEL~
LOW. I didn’t feel like this was a romance. They flirted here and there, and we get some sexual tension occasionally, as well as one super awkwardly placed sex scene 70% into the book. But If the author was going for a romance book (and I am not entirely sure she was) then she missed the mark, unfortunately.

~ANGST LEVEL – SEXUAL HISTORIES~
Zero. This wasn’t angsty in the least. Neither were virgins, and it had been a while since either has had sex. There was also no OW or OM drama.

~IN THE END~
— Did I enjoy it? Yes and No. The whole Charlie Angels kicka$$ girl power vibe was great. Unfortunately, the romance angle was a complete miss for me. As was the heroine.

— Will I read the next book in the series? Yes, I am super intrigued by the other ladies and they came across a little less “in your face” than Adeline did. I least I HOPE that is the case.

— Would I recommend it? Yes, but do not go into it expecting a well-developed romance.

— Who would enjoy this book? Readers who love super strong and kicka$$ heroines. As well as those readers that enjoy their books low on angst and without a lot of drama.

COVER REVEAL — Love Me in the Dark By Mia Asher

PLEASE NOTE: LINKS ARE UPDATED AS BOOKS BECOME AVAILABLE!! Eve1972Hi there! I’m a mom and wife by day (and night), aspiring writer (in my dreams), and an avid reader (every day of the week). This is my little corner of …READ MORE

Are you ready to find your next perfect romantic read? Bliss has two new releases from NYT Bestselling authors, Rachel Harris and Victoria James today. Be sure to pick up your copies today and find out why people are swooning …READ MORE

BLOG TOUR & REVIEW — Under The Stars By Tia Louise

UNDER THE STARS, the stunning conclusion of the thrilling, white-hot second-chance Bright Lights Duet from USA Today bestselling author Tia Louise is available NOW!     ~SYNOPSIS~ All around us was darkness and night… ...READ MORE