Eleanor has loved her boss Cam from afar for years, but now he wants to retire and send her away. Tearing her heart out would have been kinder.

Archangel Camael must never fall for a woman. If he does, he’ll lose his angelic powers, and he will age like a human. Protecting humans from evil is paramount and has meant periodically reinventing his identity to avoid rousing suspicion. But as his desire grows for his secretary, Eleanor, duty feels more like a burden, because he can’t imagine starting a new life without her.

He can never fall in love.

A force of evil is wreaking havoc and Cam and his Archangel brothers scramble to determine and thwart the cause. The key lies in Eleanor’s tormenting memories, but if they push her too hard, she might snap. Cam must walk the delicate line between protecting Eleanor, appeasing his brothers, and saving the world.

Book Three in the Archangels series by Missy Jane. This is Camael’s (Cam) and Eleanor’s (Elle) story. Cam is an archangel and Elle’s boss for the past 4 years. Elle’s been attracted to Cam from day one, but now he’s decided to retire and sends her packing without so much as a second glance. Alas life and fate has other plans in store for these two and they are soon caught up in a diabolical plan set in motion when Elle was just a child. Can these two find a forever together? Will Cam let his love for Elle surpass his need to do his duty?? 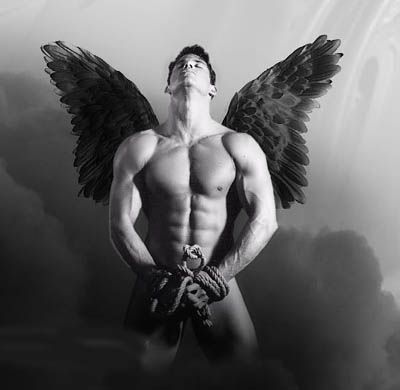 “He looked her over again, and the heat in his eyes couldn’t be mistaken. “I really see you now, Elle. I see, and I want to touch.”

I went into this one a bit blind as I haven’t read the first two books in this series. That said, I wasn’t really lost at all. The couples of the two previous books are mentioned and included in this one, with little tidbits of information about the first two books sprinkled here and there. This caught my attention because we really don’t see a lot of “angel” hero books in paranormal romanceland. This is also my first read by this author (but won’t be my last).

I enjoyed this one immensely. The characters were well written. The World building was interesting. The plot flowed nicely and kept me turning the pages. It had a little bit of angst, and a lot of action. The romance took awhile for me to get invested in. It’s nearly 50% into the book before it really kicks into high gear. Before that I wasn’t feeling it. Cam spends the first half of the book rather indifferent to Elle. He often forgets she is even around. Now there is a reason for this, and once it is cleared up things hit their stride, and we get some decent sex scenes. Though the second half is a lot better in the romance department, Cam’s refusal to even consider “falling” for Elle kind of annoyed me. Three-fourths into the book he was still voicing his plans to “never fall” Kudos to Elle though because she put her foot down. She’s not a fling kind of gal our Elle.

Those were just small little issues for me though, and it added some nice little relationship angst. Overall this one a really good read and I am going to go back and read the first two books in this series. With my eye out for upcoming releases because these hottie angels have definitely caught my attention. Two thumbs up from yours truly…

In the Tudor age the murder rate was five times higher than it is today. Now, in this unique true crime guide, the Tudor Murder Files reveals just how bloody and brutal this fascinating era really was. From the dark …READ MORE

It’s Lily Parker’s first day at a new high school. She’s a senior finishing her last semester, and all she wants to do is graduate and get out of town. Her home life is a secret hell, and she’s trying …READ MORE