This fire has finally ignited.
Slow Burn by Danielle Norman is LIVE!!! 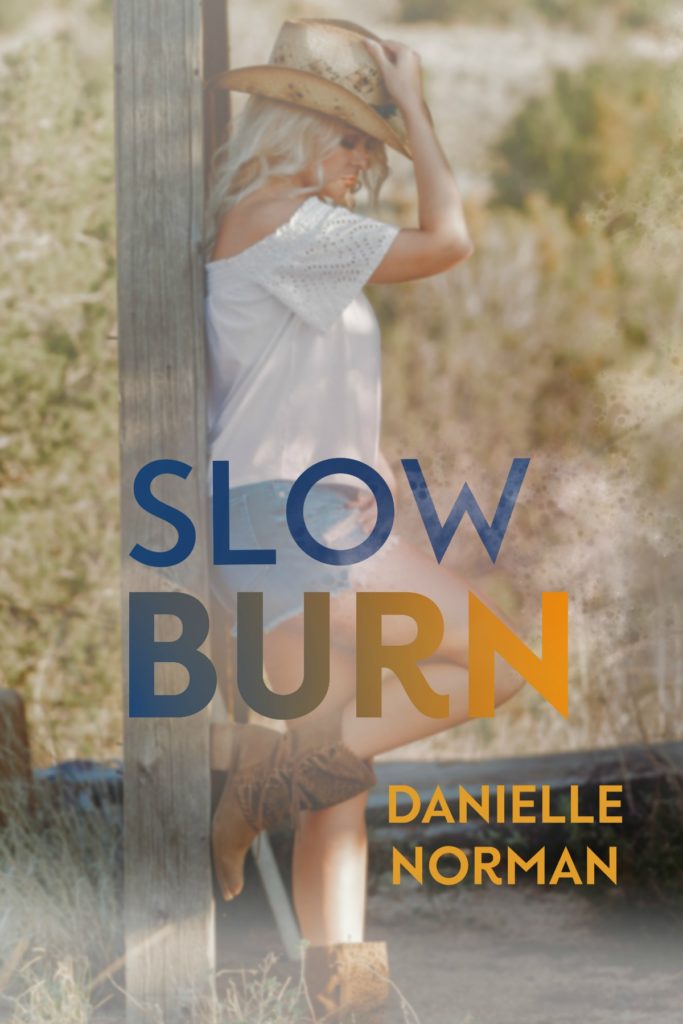 ~SYNOPSIS~
Paris changed me.
Not the city.
The girl. The woman. The center of my world.
From the first time we held hands on the school bus, to our first kiss, we carefully moved toward one thing.
The day that I’d ask her to be mine.

How was I to know that she thought friends couldn’t be lovers?
I’ll prove her wrong.
When her world turns upside down, I’ll be there.
When she’s feeling lost, I’ll be there.
After all, a spark can smolder for years before it begins to burn.

So again, this one was a bit of a mixed bag for me. I just don’t think this series is really my jam.

However, let us start with the positives…

— Paris was a WAY more likable heroine than London for sure.
— It had some good relationship angst.
— It was funny in parts.
— I do enjoy this author’s way fo writing.
— It was a quick and fast-paced read.
— The epilogue was sweet.

— Neither Paris or Asher acted like 29-year olds. Especially Asher, who out of the blue decided to lay his true feelings on Paris, and when she had doubts and didn’t immediately jump into his arms, he acted like a butthurt child for a good portion of the book.

— The timeline. Again, this goes back to their ages. I didn’t understand why it took Asher until they are 29-years old to tell Paris he wanted more? Yes, I get he went off to college, etc., but it legit made NO sense to me why he would have waited that long if like he claimed “he had always loved her”.

— Following that, one of the reasons I don’t go all “ga-ga” over friends to lovers books was especially highlighted in this book. How am I supposed to take Asher’s proclamation that he has ALWAYS loved Paris, going so far as to (HIGHLIGHT TEXT FOR SPOILER)  buy an engagement ring for her before he even tells her he loves her as more than a friend but he had slept with OW and Paris has slept with OM. Their past sex lives aren’t mentioned at all, but it was clear neither were virgins from the single sex scene.

— I wish the author had toned down the proclamations a bit and skipped the whole engagement ring thing. Naturally, I don’t expect 29-year-old virgins, but I can’t fully buy into the “I’ve always only wanted you” if he was sticking it in OW. Because then I think *no you didn’t ALWAYS just want her* *lol* That is super picky me talking though, and most readers won’t care.

— Last, I didn’t care how Ellie was used to hurt Paris, and this goes back to both Asher and Paris acting like 20-year-olds, not 29-year-olds. That situation should have been cleared up right from the start with a mature conversation.

So a bit of a mixed bag. As I mentioned, I think I am calling it a day on this series. I am intrigued about Reid, but Holland seems a bit too over the top for me. So I will just keep my eyes peeled to see what this author has up her sleeve after this series is wrapped up.

Coming June 13th Amazon iBooks Nook Kobo Google Play AVA The meek shall inherit the earth, they say. Bullshit. Look at me now. What do I have? Nothing. I thought I wouldn’t get past a second heartbreak. I was wrong. …READ MORE

COVER REVEAL — It Must’ve Been the Mistletoe By L.P. Dover