Putting the “o” in politics.

Newly independent Lola doesn’t need an alpha male taking over her life. But she is secretly intrigued by Nolan’s domination. Now she must choose between the future she imagined for herself, and the one Nolan is offering. Except that time is running out…

With hired guns at their backs and a shadowy group of billionaires targeting Lola, even jaded Nolan never believed politics could get this dirty. He needs a plan to take down the bad guys and conquer Lola’s heart before criminals find a way to steal the White House. Good thing Nolan always has a plan…

PUBLISHER’S NOTE: This is Book 2 in a steamy, suspenseful 2-book story. Book 1 ends in a scandalous cliffhanger, Book 2 delivers the HEA.

Book two stars out right where we left off in book one with Nolan and Lola being caught in a compromising position. When a damaging video tape hits the airwaves, Nolan fast tracks his and Lola’s relationship to stop the bad publicity in it’s tracks. Now a married couple Lola struggles with Nolan’s brand of dominance and feelings of insecurity. With a force still out to get to Lola’s mother through her, and external forces trying to put a wedge between Nolan and Lola, will these two settle into married life, or be split apart for good…

“But what got me hot last night, Lola, what makes me want to bury myself inside you right this minute, is the total trust you placed in me. You gave me authority over your body, and that’s sexy to me. That’s what does it for me.” 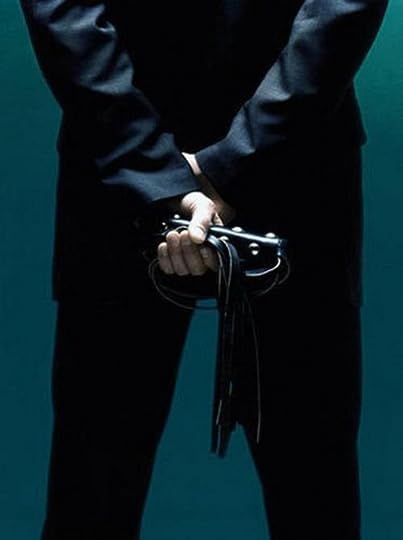 I enjoyed this one just SLIGHTLY less than book one. I felt the whole “baddie” storyline got pushed aside for a whole lot of Fifty Shades of Grey type stuff. Now, I am not complaining mind you because Nolan was HOT. This was actually one of the better books I have read that deals with domestic discipline and I found it refreshing that Lola struggled with Nolan’s expectations on that front. Usually in books the heroine just falls at the Doms feet with a breathy “YES SIR” That said, I also found Lola’s immaturity annoying at times. Of course she is only 23, but sometimes her behavior frustrated me.

“I want to invade every part of your body, pretty girl,” he growled. “I want to unlock the secrets of your mind and conquer your will. I want to strip you down until you’re completely bared to me, totally raw, completely vulnerable, one hundred percent mine for the taking”

Nolan was a fantastic hero and I loved his devotion to the heroine. I did find his constant PUSHING PUSHING PUSHING for more a little frustrating at times. It felt like he was in hyperspeed with his and Lola’s relationship, and she was still trying to come to terms with him and his wants. This caused misunderstandings, and feelings like Nolan was riding roughshod over Lola on occasion. Which in turn caused ME to say to my tablet “OMG let the girl take a breath already!”

Overall though, this was a fantastic duet with great writing, enjoying characters (for the most part). It also needed a better epilogue in my opinion. I wanted a look at Nolan and Lola a bit farther into the future, but I have a feeling we may get more books in this series as it was hinted at that Nolan’s brother Cash was interested in Lola’s BFF. So I guess we will see.

This week we are wrapping up C.A. Harms 2016 Yearbook! Revisiting all the novels that she published this year. Day 5 with have an interview with C.A. Harms, Tough Love, and the Alphas & Fairytales Anthology. 1. Tis the Season …READ MORE

Fragments of Ash (A Modern Fairytale #7) By Katy Regnery

BLOG TOUR — Worth the Wait by AJ Pine

COVER REVEAL — The Do-Over by Julie A. Richman