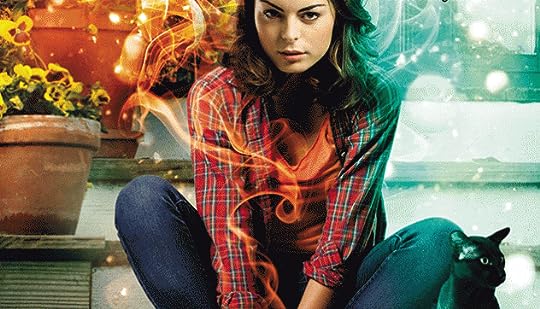 For the first time since we launched Bitten by Kelley Armstrong, Random House Canada is thrilled to announce the debut of a new urban fantasy series. Kristi Charish’s The Voodoo Killings introduces Kincaid Strange, not your average voodoo practitioner…

For starters, she’s only 27. Then there’s the fact that she lives in rain-soaked Seattle, which is not exactly Haiti. And she’s broke. With raising zombies outlawed throughout the continental USA, Kincaid has to eke out a living running seances for university students with more money than brains who are desperate for guitar lessons with the ghost of a Seattle grunge rocker–who happens to be Kincaid’s on-again, off-again roommate.

Then a stray zombie turns up outside her neighbourhood bar: Cameron Wight, an up-and-coming visual artist with no recollection of how he died or who raised him. Not only is it dangerous for Kincaid to be caught with an unauthorized zombie, she soon realizes he’s tied to a spate of murders: someone is targeting the zombies and voodoo practitioners in Seattle’s infamous Underground City, a paranormal hub. When the police refuse to investigate, the City’s oldest and foremost zombie asks Kincaid to help. Raising ghosts and zombies is one thing, but finding a murderer? She’s broke, but she’s not stupid.

And then she becomes the target…As the saying goes, when it rains it pours, especially in Seattle.

Kincaid is a 27 year old voodoo practitioner/witch who gets called to help when a mysterious newly risen zombie wanders into her local bar. From there a story unfolds with twists and turns. We meet Nate her ghost roommate. Cameron the newly risen Zombie. Max her practitioner mentor, and Aaron her ex-boyfriend a cop. Along the way we also meet some more zombies, ghosts, poltergeists, and ghouls.

I enjoyed this one A LOT. It took a bit to get going, but since this seems to be the first book in a series the author had a lot of World building groundwork to lay. It soon picked up pace and I found myself having a hard time putting it down. It had a great cast of likable characters that I look forward to hearing more from.

Overall I am glad I gave this one a shot and will definitely be continuing on with the series.

RELEASE BLITZ — Not Just For Christmas by Kim Knight

Murder by the Book (Beyond the Page Bookstore Mystery, #1) By Lauren Elliott