~SYNOPSIS~
Louisa hates Ash Springs more than anything. She dreams of escaping the tiny village in the Nevada desert, of finding excitement and adventure. On a camping trip to Sequoia National Park with her four brothers, she meets the mysterious Brendan, and her life takes a dramatic turn… because for Brendan, it’s not a chance encounter at all. He’s been meticulously planning every step of Louisa’s abduction

Brendan whisks her away to the Canadian wilderness, an endless expanse of spruce trees and blue sky, populated only by wolves and ermines. He tells her she’s the light in his darkness.

As her days of imprisonment turn to weeks, Louisa is forced to confront not only her own desperate terror, but Brendan’s traumatic past as well. Soon he becomes more to her than just her captor, which throws Louisa into a maelstrom of conflicting emotions: sympathy, need, even… love?

Can she love her kidnapper?
And just how dangerous is Brendan?

“A fascinating mixture of dark romance, crime thriller, and coming-of-age story, highly atmospheric and full of ominous intensity […]. Trapped: Until you love me is about kidnapping, stalking, and love, but above all, it is an authentic psychological exploration of the grey areas between strength and weakness, between good and evil.” (Petra Ottkowski, creative writing professor)

Trapped: Until you love me (original title: Entführt: bis du mich liebst) was one of Amazon Germany’s top ten E-books of 2016, with nearly a quarter of a million copies sold, and spent more than six months on the BILD Magazine bestseller list. 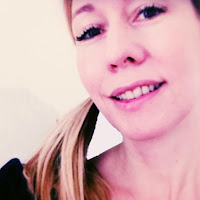 Born in the 70s, Mila Olsen is a child of crises, changes, and upheavals. Clogs, punk, and anti-nuclear movement were part of her life, as well Disco Wave, New Age and “Wir Kinder vom Bahnhof Zoo”. At the age of 12, she wanted to become a writer, but this dream came true much later.
Today she writes stories about love and life. Because of her education and her interest in psychological phenomena, her novels often are about borderline experiences.

So wow I was not expecting this book to be as excellent as it was. I am seriously super bummed that book two hasn’t been translated into English yet. This was a fantastically well-written book. A very slow burn that doesn’t hit on a romance vibe until very late in the book. It is also a pretty long book, but the story was so compelling that I never found myself bored. The setting was fantastic. The development of the “relationship” was well done. The characters were intriguing and likable (although Lou was a HUGE brat at the beginning). I really don’t have a lot more to say about this one. I LOVED it, and I hope that book two gets translated ASAP because I am dying to get my hands on it!

COVER REVEAL — Forget You Not By Harloe Rae

BLURB A sugar daddy website doesn’t seem a sound basis for an A1 life plan, but I’m a small town girl with big dreams, and there’s this one advert, this one crazy advert I can’t stop thinking about… Two hot …READ MORE

We are so excited to be sharing the release of J.D. Hollyfield’s BLACKSTONE with you today. BLACKSTONE is the first book in the Four Fathers series written by four bestselling authors. Be sure to ...READ MORE

PURCHASE ADD TO GOODREADS BLURB A good girl gives her dirty mind free rein…but nothing comes without a price After a brush with violence, preachers daughter Kelly decides life is too short to keep denying ...READ MORE

COVER REVEAL — After Our Kiss By Nora Flite